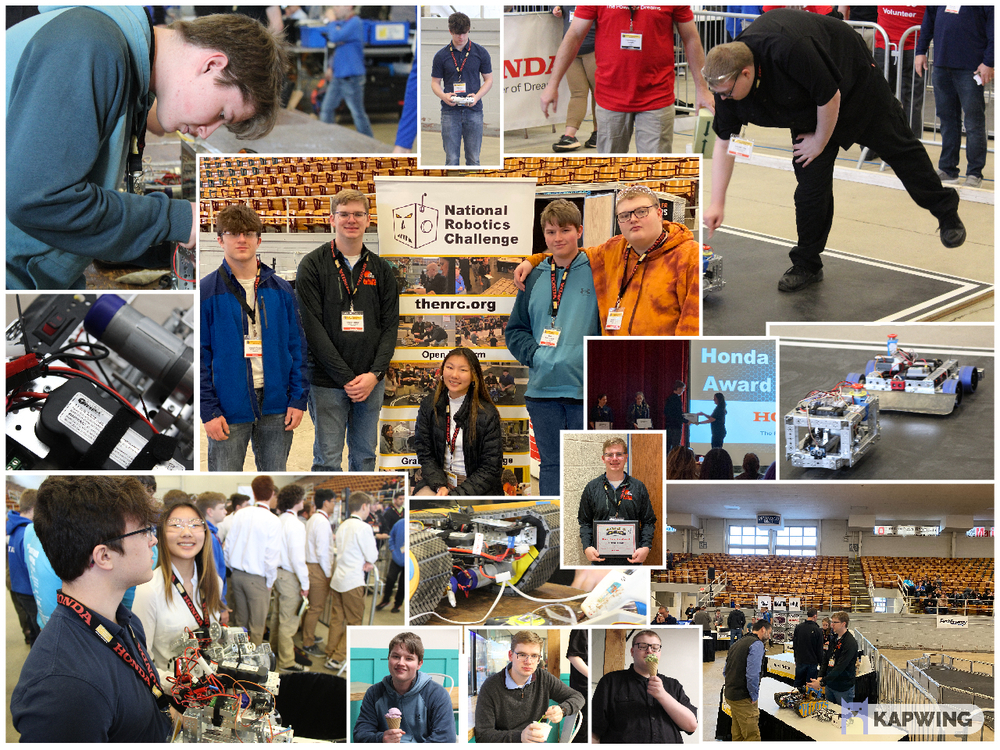 Ayersville students recently spent three days competing in the National Robotics Challenge in Marion, OH. This is believed to be the longest continuously running robotics event in the world. There were 350 robots built by students from 18 post-secondary schools, 32 secondary schools, and 25 elementary schools who competed in 12 different events. The opportunity to attend was made possible by generous donations from the Ayersville Education Foundation and a gift from an Ayersville family.

Those attending the event were Stephen Baker, Lana Culp, Donald Gray, Cody Hammersmith, and Joseph Romes. Our students competed against other high schools in Hockey Bot, Sumo Bot, and the Rescue Bot categories. Three  of our four robots qualified as a top eight robot that competed in a championship tournament held on the final day. The Sumo Bot created by Gray and Hammersmith finished 4th. The Rescue Bot operated by Baker received 4th place as well.

A highlight of the event was Baker being nominated for a Honda Innovation Award. The judges for the event were comprised of Honda employees. The most innovative robot in each category was selected to be in the running with the other top robot creators to receive a cash prize of $500. Our students represented Ayersville extremely well and look forward to next year's competition with the goal of winning our first event. Go Pilots!