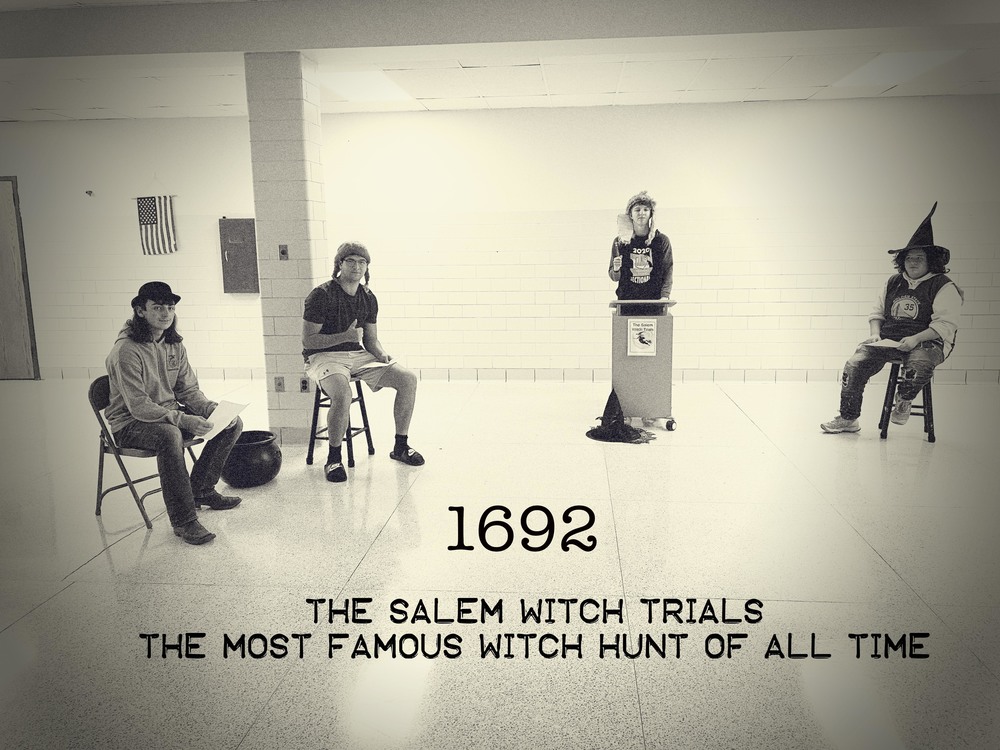 The infamous Salem Witch Trials of 1692: Nineteen innocent people in Salem, Massachusetts, were publicly hanged for accusations of witchcraft. Invisible specters, biased judges, and young “afflicted” girls all contributed to the mass hysteria.

Students in Mrs. Edmonds’ junior English class studied the historical context of the witch trials and read literature, which documents the people involved and the evidence used against the accused.  Students read actual court documents from 1692 against several of the accused “witches.” They created scripts, using the actual evidence; then they performed the trials for the class.